Miya Turnbull kneels on the floor of a sunroom. Large photos of the Japanese Canadian artist, masked in ways that almost reveal, are placed along two walls. She’s getting pieces ready for a solo summer exhibit at Eltuek Arts Centre, Cape Breton; meanwhile, a group show, Unveiled, opens at The Beaney House of Art & Knowledge in Canterbury, England. On the carpet and streaked in sunlight, sixty masks, all her own face, stare in neat rows at the ceiling. “The masks are always constant,” she says. One mask has Japanese character brush strokes for eyes and mouth; another has six pairs of eyes running down its papier-mâché cheeks; another face, flexible, is rolled up casually. A mask is sliced in pieces and re-woven, almost like a fragile basket, while one splits to reveal another mask beneath. One more stares passively, a sewn face of filmy gauze with loosely stitched eyes and mouth, threads dangling.

Turnbull fell into papier-mâché in a drama class during her BFA, eventually developing her own “photo-mask” technique—a false face of a real face over a false face of a real face. After a decade of artistic hiatus for child raising, she returned to full practice with a swift exploratory plunge into new and ancient techniques. She explored print textiles, dyes, ink-blowing, papier-mâché, sewing, collage, origami, digital arts, and Japanese calligraphy (Kanji). All of that found its way into her masks and the ideas she explores there: layers of hybrid identity and multiple fragmented selves. Then a vital change occurred—she took her constructions off the gallery wall and photographed and filmed them on moving bodies. First, she photographed her daughter, then actors, dancers, and, most vulnerably, her own body, stepping these iterations of her face outside the safety of expertise and into improvised movement.

“It really challenged me at first,” she says.

Turnbull’s art practice involves thousands of attempts to locate and preserve a few moments. With this shift to embodied art came regional and international exposure and increasing inter-arts collaborations in dance and film. Aïssa Maïga’s French film Nô Feminist (which premiered at Cannes this past spring) featured Turnbull’s masks, and Turnbull co-created the video Omote (面) with Shion Skye Carter as part of Yume. Digital Dreams, a collaboration pairing fourteen Japanese Canadian artists from different disciplines. There is also her upcoming large-scale self-portrait, a local outdoor photoshoot with a hundred masks worn by a hundred people from the community, moving individually while together. In 2022, her work was exhibited across Nova Scotia and in Toronto, the US, Italy, Greece, Germany, and France.

Kneeling over the sixty masks spread across her floor, Turnbull sees herself “in the space between them all,” and, as she said to C.T. Lisa in a 2021 interview, she wants “viewers to see themselves in that space too.” And I do. As a child I was mesmerized by four carved Bugandan masks that hung high on a wall at home, precious gifts we weren’t allowed to touch. Like presences, their hollow eye sockets followed and haunted me. Some days I couldn’t go into that room; some days, alone, I’d get a stool, lift a mask off the wall, and place it on my face, its cool wood perfumed. It was strange enough to be inside the mask, but I’d dare myself further and go to the mirror to see and press close, only lasting a few seconds. The object was alive, dangerous, and my eyes were taken over by it; I wasn’t my self. Turnbull’s masks in their varied carnivalesque grotesqueness conjure those childhood moments. But it’s the photos of the maker in her masks, loosely propped against the walls, that I keep coming back to.

There’s a strange slippage between hidden and revealed, face and face-like thing, skin and its digital—or paper or painted—reconstructions encountering each other. Embodied, the photographed masks are somehow activated, and you participate viscerally in the result. Here, the casual gesture of a masked head propped in a hand; there, sliced pieces that barely assemble and fall away to reveal the artist’s naked gaze. Turnbull’s un-masked self becomes a kind of home note we hanker after and rarely get, or we get only in glimpses; we’re mainly left hanging in a state of in between. As a Japanese Canadian artist, Turnbull is familiar with these perpetually hyphenated states, and they are the places she’s most interested in playing in.

“Growing up in rural Alberta, people reacted to my face, they couldn’t figure it out. ‘Where are you from?’ And I’d tell them,” says Turnbull. “And they’d say ‘No, where are you really from?’ ”

The place where she was really from is also the place that interned her grandparents and great-grandparents in World War II—they moved from BC to southern Alberta to work on sugar beet farms as the only way to stay together during that period when, perceived as enemy and other, they lost everything. I ask her: what is her relation to her face now? Turnbull waves a hand across the sixty masks on the floor. “All of this.”

The all of this culminates—transcendently—in Body Language (just purchased by the Nova Scotia Art Bank): otherworldly poses, her own created script, and a kind of personal embodied Kanji mask alphabet. In these full-bodied performances, in what she calls “skin suits,” the mask hovers Cheshire cat-like and the artist, though wholly present, seems to disappear. “Sometimes these bodysuits mask my body and sometimes they add extra limbs. Sometimes I use them like a puppet to create something creature-like or outside of myself.”

What began as self-portrait leads to this place emptied of self. Learning Butoh, a challenging postwar Japanese modern dance, has been an essential part of this. “You’re an empty bag!” her teacher instructs. “Empty!”

Blank, disruptive, grotesque—do her own masks ever scare her? “No! It’s so fun.” She points to a stack of translucent plastic tubs where multiple versions of her face stare at us through plastic. “There’s so much I can play with,” she says. “And if I have even five minutes, I can make something.”

On my way out we step past bags packed for the Cape Breton gallery, past her teenage artist daughter, past a casted face on the floor noticeably not hers, unpainted, eyeless. “My mother,” she says. I reach my hand out—each mask invites (yes, finally allowed) a different kind of touch, this one careful, tender, offering a last paradox to Turnbull’s work. It takes the masks to see again how raw, how exposed, how vulnerable the human face is. The human face that is, and isn’t, there.

Clare Goulet has published creative nonfiction, short and long form poetry, fiction, and reviews for journals in Canada and abroad, as well as interviews, research on metaphor and polyphony, and arts-based magazine features. She has edited for The Fiddlehead, Brick Books, Nimbus, and Gaspereau Press. She co-edited Lyric Ecology on the work of Jan Zwicky, and teaches in Halifax, Canada. 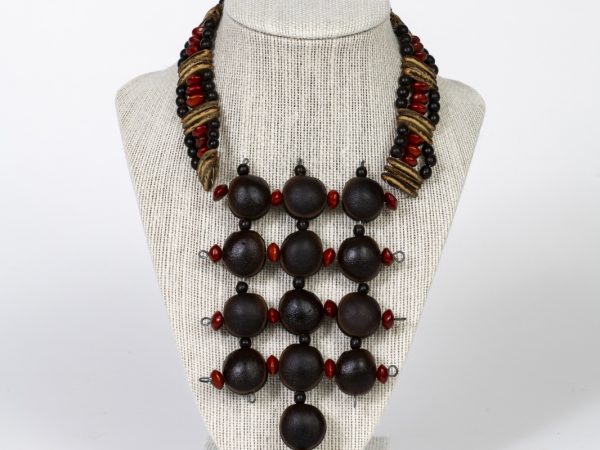