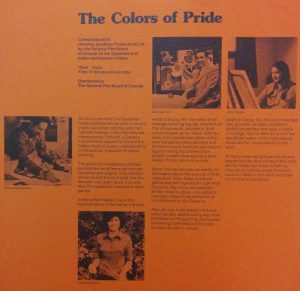 The Colours of Pride NFB film from 1973

As Visual Arts News Research intern, I spend a lot of time digging around the Nova Scotia Archives. Recently, I discovered an interesting pair of film advertisements, which the National Film Board (NFB) sent to VANS in the late 1970s. One film portrayed Indigenous people in visual art, while the other depicted Indigenous people as visual art. In the middle of this 150th year of colonialism, seeing both films together feels like an accurate snapshot of the roots of our cultural mis/understandings of the history of Canada today.

The 1973 documentary The Colours of Pride, hosted by ground breaking curator/art historian/administrator and multi- disciplinary artist Tom Hill, centers around four highly celebrated Indigenous artists, including three members of the influential Professional Native Indian Artists Association (PNIAA)—known colloquially  as the “Indian Group of Seven.” The film (available here via a campus subcribtion) features compelling interviews with Daphne Odjig, Alex Janvier, Norval Morrisseau and Allan Sapp, each of whom has their own unique aesthetic but shared a desire to reflect on their cultural identities. For instance, Anishinaabe artist Morrisseau, aka Copper Thunderbird—the founder of the Woodland style movement, dubbed the “Picasso of the north”—takes inspiration from his family’s oral traditions, vibrantly depicting Ojibwe legends, visions and dreams. By contrast,  Sapp’s paintings are more grounded in everyday realities, featuring his Cree community’s experiences on the Red Pheasant Reserve in north central Saskatchewan. 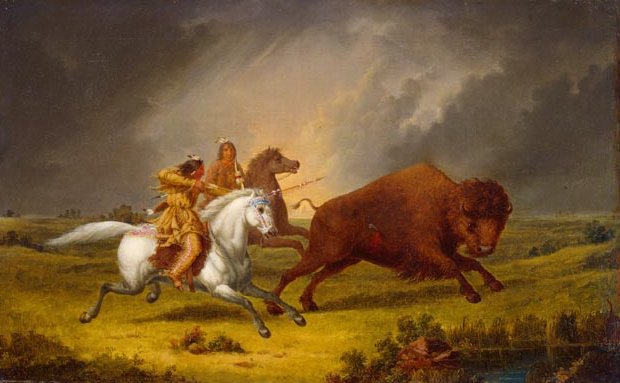 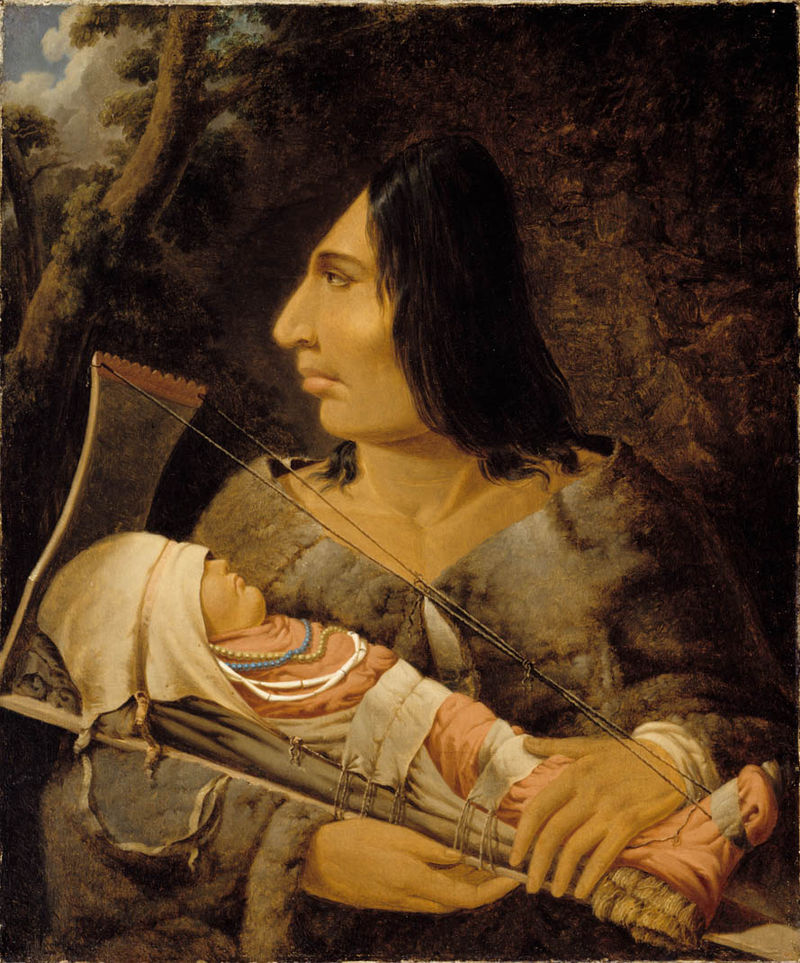 In his sensitive depiction of his subjects, Sapp’s work contrasts Irish born Canadian painter Paul Kane’s embellished depictions of Indigenous people from about a 100 years earlier. The second film I stumbled across,  Paul Kane Goes West (1972),  explores Kane’s popular paintings and journal sketches from mid-1800s—credited as the first settler depiction of Indigenous peoples between Toronto and Vancouver. The film relies on voice-over readings from Kane’s journal and images from 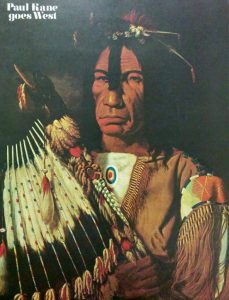 his journal sketches—now considered an accurate depiction of First Nations people during that time—and his studio paintings, which liberally take inspiration from his sketches. The Canadian Encyclopedia describes his studio work as using the “stylistic discourse of his day: idealized Aboriginal people, Europeanized landscapes, muted colours.” From today’s more critical viewpoint, one can view Kane’s romanticized studio paintings as contributing to harmful stereotypes, such as the “Noble Savage,” unlike some of the more authentic fieldwork he recorded in his journals. Critics such as Arlene Gehmacher, a curator at the Royal Ontario Museum, have noted a number of factual inaccuracies in Kane’s paintings. For instance, his Flat Head Woman and Child, Caw-wacham appears to be a mashup of a few of his watercolour paintings, fusing characteristics from three tribes into his depiction of a mother and child.

The legacy and influence of the artists in these films can be seen in Canadian contemporary arts today. Celebrated Cree and Irish multi-disciplinary artist Kent Monkman directly responds to artists like Paul Kane by reclaiming and queering the historical representation of Indigenous people from mid 1800s, as well as continuing the trailblazing legacy and tradition of the members of the “Indian group of Seven.” This year, 150 Indigenous artists including Monkman, as well as Mi’kmaq artists Ursula Johnson, Jordan Bennett and Alan Syliboy, received $10 000 each from the REVEAL Indigenous Art Awards, funded through donations and sponsors, to continue the creation of art by them, not about them.