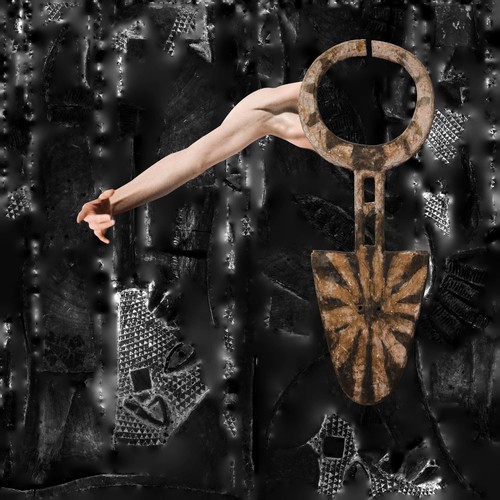 Images: Brendan Fernandes: “Move In Place.” Courtesy of the aritst.

Five stoney-eyed pink feminine bodies stand around in various states of undress. Sharp jutting breasts, noses and limbs draw your eyes to the earth- toned masks the subjects are wearing. Pablo Picasso’s famous painting Les Demoiselles d’Avignon marks the beginning of his “African Period.” Picasso was drawn to African masks for their transformative power, and like many Europeans living in the early 20th century, he had exposure to African masquerade culture as France stole art objects from their colonies in Sub-Saharan Africa, bringing them home to museums. While artists like Picasso mined masquerade culture for inspiration, the African art objects themselves wound up divorced from their original purpose, as they sat on dusty museum shelves. Kenyan-born Canadian artist Brendan Fernandes’ work creates a refreshing dialogue with Western art history’s long fixation with so-called “Primitivism” and African art.

In his body of work, Move in Place (exhibited most recently at Anna Leonowens), Fernandes tackles the postcolonial erasure of African culture by our museums and institutions. He’s created digital mash ups of 3D scans of African masquerade objects and the limbs of white dancers trained in classical French ballet. In one collage, two Bamana Chi Wara headdresses, shaped like antelopes and traditionally worn by male West African masqueraders during a ceremonial dance to bring on the harvest fuse with two white dancer’s legs, their rigid feet en pointe. Fernandes has created a series of hybrid entities, embedded with dueling histories. He endows these entities with an agency in and of themselves, poising them to navigate a complex globalized future. 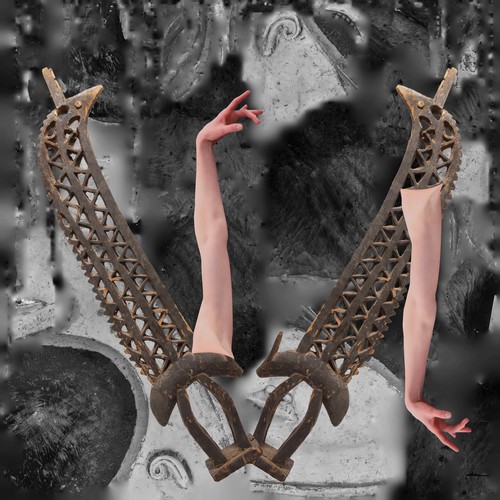 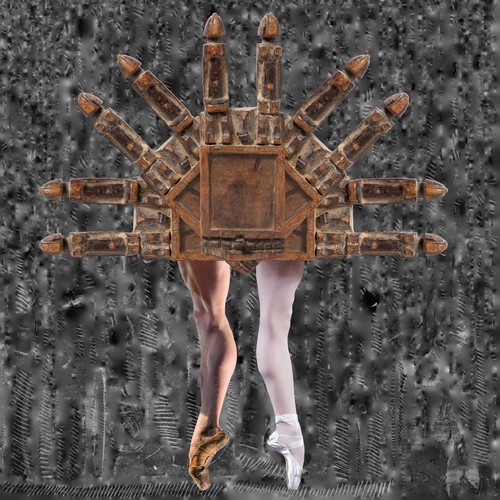 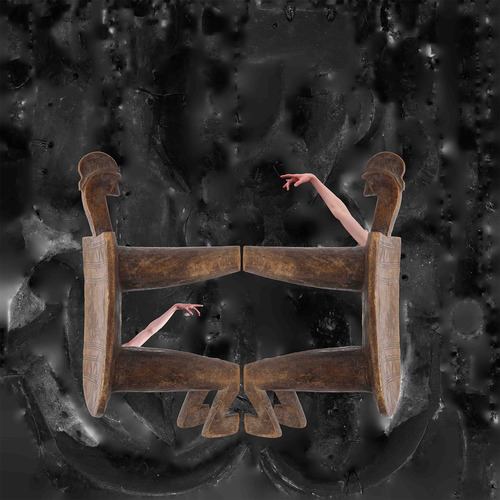 LIZZY HILL: I was really intrigued by your choice to juxtapose imagery from French classical ballet with West African masquerade objects, given France’s colonial history in the regions that the objects you feature are produced in. What kind of a discourse are you hoping to create between these two worlds?

BRENDAN FERNANDES: It goes back to the colonial history, the idea that the French came and colonized and removed things  from their places of origin. All of these objects come with utilitarian, ceremonial trajectories, dances, but we take the objects and we just exotify them. They’ve been placed in museums without their cultural performance gestures. Their function has been taken away and they’ve just become part of a collection of primitivism, which then you know went on to influence artists like Picasso, but the cultural liveliness is removed. I’m considering that colonial history of removal—the removal physically but also the removal of cultural trace.

For me growing up in East Africa and living in the Western world, when I first came, there was always this idea that I was exotic. We always see these objects being exotified and being “African” and pushed into a category of becoming a monolith. So I’m trying to break that down and bring back the identity of these objects, physically thinking about the masquerader, physically thinking about the performance, the labour, all the actions that go into the objects.

“African masqueraders are almost seen as ‘the Other’ because they danced freely. They danced without rules, without a trainedness.”

I’m looking in a postcolonial direction through movement and dance. Ballet is a French court dance that was started in the court of Louis 14th as a way to bow to the King. It became eventually a dance form that represented the ‘civilized’, trained body. So the juxtaposition of the ballet body is almost like an ode of apology, an ode of giving back a body, creating a new kind of body—a hybrid body, but it’s also a ‘civilized’, a trained body—whereas West. African masqueraders are almost seen as “the Other” because they danced freely. They danced without rules, without a trained-ness. So I’m sort of making a juxtaposition with the improvised, free body, which also raises questions such as “What is freedom if it’s also viewed as being untamed and being wild?”

LH: You were a ballet dancer for many years and had to leave dance following an injury—How does that experience inspire your own work?

BF: As a former dancer, I don’t dance on stage anymore but I found a way to interweave my love for dance—and my hate for dance—and my complexities with it in a way that I can be critical, I question it, and I can also be reflective. It’s given me a process of moving forward, of moving on. Also, as a dancer of colour in the ballet world, there’s a question of “Can a person of colour be a principal dancer? Can they take the role of Romeo?”

My injury came because my body type was just not the right body for ballet. Also, I’ve done some work for a piece called Dancing a Leg and also Masquerade Form which looked at ballet foot structures, devices that you attach to your feet to form them into these perfect arches, because foot arches and foot fetish in ballet are very specific and particular. I’ve never had those arches—and what does that mean? In this work I’m giving myself agency as a former dancer who was injured and had to leave because of that, but also finding ways to make dance a part of my work and have it have social and political power within it.

LH: I’m curious to know what your process was like when you were sifting through these collections at the Seattle Art Museum and the Agnes Etherington Art Centre. How did you go about selecting things?

BF: It was such a privilege because the objects are always behind glass. They’re given the museum treatment of value—they’re now valued because they’re deemed artifacts. Most of these objects don’t have artists attached to them–the provenance reports are all scattered and broken and aren’t fully formed. Pam McCluskey is the curator of African art in Seattle and she’s an expert, so to have her voice guide me through this collection was fantastic. I’m not a historian—I’m an artist, so I learned so much. [Working with the two institutions] gave me a lot of insight into the details of how we authenticate objects, which is also such a fickle process.

I picked these objects based on what the actual masquerade and formal dances that went along with them were. Masqueraders took on characters, so I was interested in the characters that they would embody when they put the mask on, in the transformation of being human, putting on the mask and transforming into something else; there’s the trickster or the authority figure or even the dancing spirit. I was really curious about those characters and who those people could be.

“I think all my work deals with the dynamics of power and hegemony.”

LH: You speak a lot in Marxist terms about dance which I think is interesting, and the implicit labour that’s embodied in dance. What kind of dialogue does this create within a wider conceptual art framework given conceptual art’s tendency to divorce labour from value?

BF: I think all my work deals with the dynamics of power and hegemony. Even though my work is conceptual, I’m still invested because of my experiences of my cultural identities— my sub-cultural identities—to enforce questions of “what does that hegemony mean in spaces that I exist in as being Othered?” So I can’t divorce those things from the conceptual. I’m really considering “what is labour?”—the labor of the dancer, the labor of the carver who makes the African art objects that end up being in the museum collection or the souvenir objects that are sold in the marketplace. I think those invisibilities are things that I’m really trying to bring forward, things that are unseen—labour, bodies. I’m trying to create a dialogue to create awareness. It may be confrontational, but never in an aggressive way. It’s always something that’s confrontational to give awareness. I think that’s an important thing. The conceptual is about invisibility, but it’s also about giving awareness.

Lizzy Hill is the editor of Visual Arts News and an arts and lifestyle writer, with work in publications ranging from Canadian Art to Vice and Marie Claire.