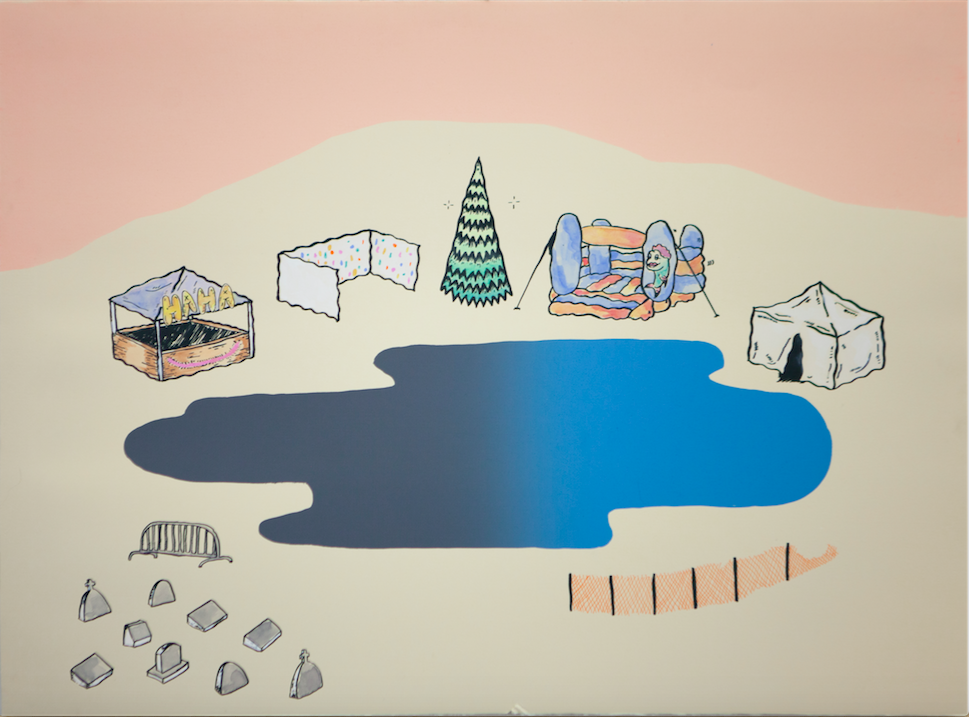 The Newfoundland ‘Screech-In’ is a tradition by which mainlanders or other CFAs (‘Come From Aways’) may become honourary Newfoundlanders. Invariably, the master of ceremonies of this event is a Sou’Wester-wearing caricature, whose amplified Newf brogue renders language incomprehensible. You must do a shot of Newfoundland Screech, recite an oath (the words of which vary depending on the venue), and finally kiss a codfish on the mouth—Presto!—you’re one of us. Kind of.

The Screech-In however comes to us not through some venerable or pseudo-pagan hazing ritual thought up by destitute Irish several hundred years ago, despite how authentic and quaint it may seem. It was invented by a singer and a club owner somewhere in the mid 20th Century as a ruse by which they could get visitors to buy more drinks—the perfect marriage of commerce, culture, and public ceremony—and is something I’ve been thinking of in relation to the work of Amery Sandford. 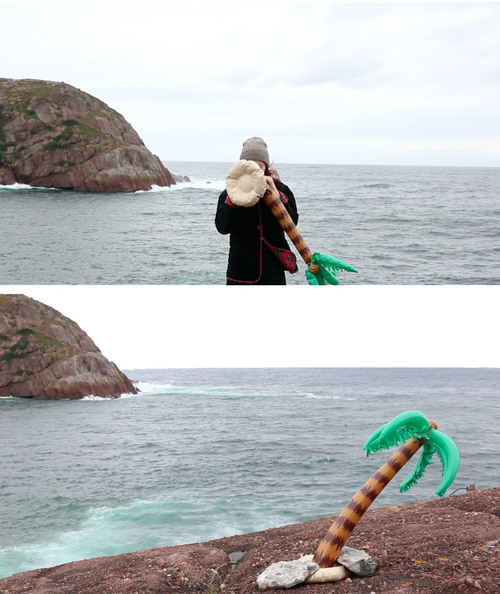 Sandford is primarily a print artist, currently finishing a master’s degree at Concordia University, and her work goes to the heart of the sometimes contradictory nature of culture and identity, and public demonstrations of the same—whether it’s something large scale and officially recognized, or as personal as wearing a baseball cap emblazoned with flaming letters that spell out the words “THE ROCK.”

Like many Newfoundlanders, I view the Screech-In with equal parts disdain and amusement—the latter from a suspicion of anything that feels a little too much like “rubber boot-ery” (that is, performing one’s culture in service of touristic clap-trap), the former because this kooky little ceremony feels authentic and specific to the place we call home. For Sandford, this tension is the point from which her artistic enquiry begins.

I am drawn to objects and images that appear at events such as the Calgary Stampede that are amplified versions of cultural symbols that might be trying too hard to convey authenticity or tradition – potentially rendering themselves underwhelming or pretentious. From these experiences of being immersed in cultural celebration, I have felt juxtaposed feelings of allure and repulse around Canadian representation in the way that almost every culture has certain stereotypes that pertain to a specific people, but at times it is difficult to pinpoint the real thing (via her artist statement). 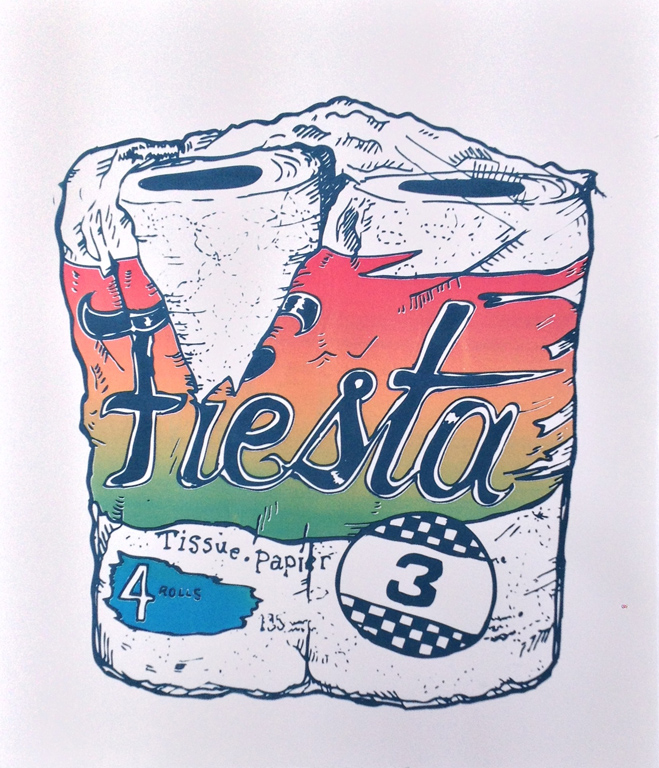 Through print media, Sandford is drawing upon the history of touristic paraphernalia, such as postcards and brochures from the early 20th Century that depicted North America as a pristine escape from the cultural and economic troubles of one’s homeland—a new frontier. The Romanticism of such portrayals still resonates in contemporary celebrations of culture, and tends to white-wash the more gruesome and criminal historical documentary record that the propagators of official memory and culture would sooner forget.

By looking at fabrication of national identity, I do not intend to dictate what is authentic nor condemn cultural spectacle, but merely try to make sense of it. Being active in cultural celebration yet feeling some anxiety from it has left me in a conflicting space in terms of art making; not sure whether I should light a little candle in celebration or just be plain embarrassed.

When I see some unfortunate gaggle of tourists giggling and back-slapping their way through a Screech-In somewhere on George Street, shouting in chorus one of the required lines of the ceremony: “Deed I is, me ol’ cock, and long may yer big jib draw!”—where every other bar offers pretty much the same interpretation of Newfoundland culture—I know precisely how Sandford feels.

Craig Francis Power is a writer and artist from St. John’s. His third novel, SKEET LOVE, a speculative exploration of working-class culture and conspiracy theories, will be published by Breakwater Books in June, 2017.