“Finishing is recognizing—you recognize something that doesn’t exist yet in the world.” 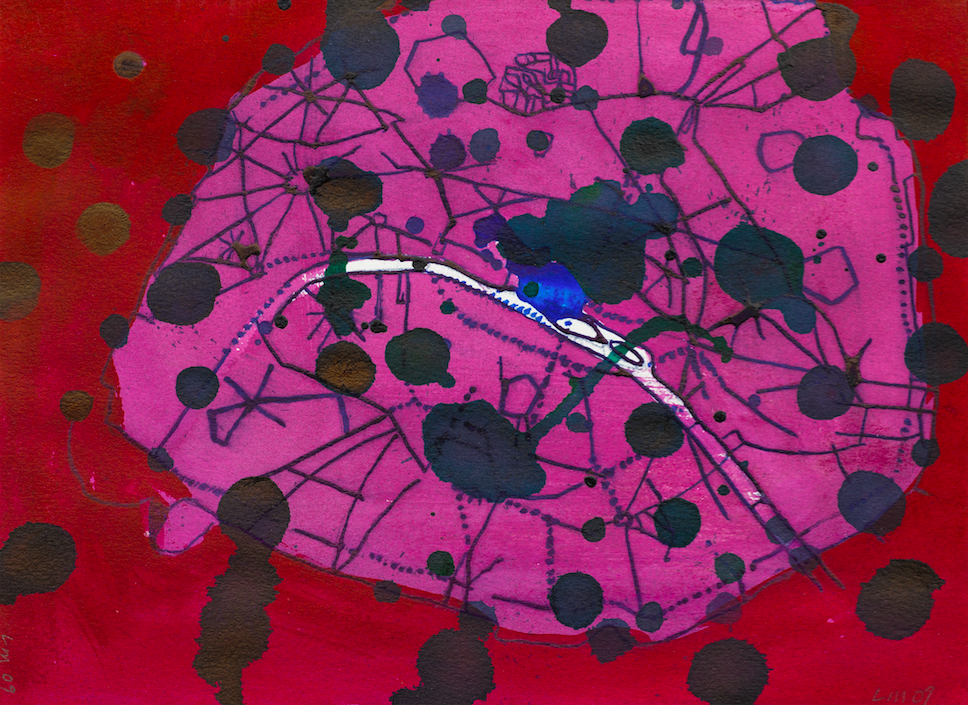 Vancouver artist Landon Mackenzie probably didn’t have much choice about being an artist. She grew up in Toronto in a home that was a centre of the small Toronto arts scene, with a grandmother who was a working artist, parents who were collectors and friends of many other artists, and in a home where original art works adorned the walls and where discussion of the arts, all the arts, was the norm. Her great- grandmother made her living as an itinerant portrait painter in New England and studied at the Studio Collarosi in Paris in 1911, coincidently at the same time as a young Canadian artist named Emily Carr. Painters Eleven’s stalwart Harold Town was a close friend of her parents, and a frequent visitor to the house. He also lived next door to Mackenzie’s grandmother. In fact, she remembers deciding to be an artist on a visit to Town’s studio: “I went into Harold’s studio and I just thought, ‘I want this.’ ” When, in 1972 at seventeen, she arrived at the Nova Scotia College of Art and Design to find that studying painting was not an option (taken off the curriculum in those heady conceptualist days), she gravitated easily to printmaking.

That history is important to Mackenzie, so much so that in her exhibition at Dalhousie Art Gallery (Jan. 13 – April 23, 2017) she included several works from her family’s collection, small works by Town, Oscar Cahen, her grandmother and even works she herself made as a child. That biographical introduction had an important teaching function for Mackenzie: “A lot of Canadian artists today pretend that they came out of nothing.” No-one could say that about Mackenzie—she is open about her influences and ready to cite her mentors: Ed Porter and Bob Rogers at NSCAD, Guido Molinari and Irene F. Whittome at Concordia.

“A lot of Canadian artists today pretend that they came out of nothing.”

Mackenzie—who in February was named a winner of the Governor General’s Award in the Visual Arts—is best known as a painter, but never did study painting at art school. In 1976 she went to Concordia University’s MFA program, again studying printmaking. It wasn’t until after completing her studies that  Mackenzie began painting, achieving great critical and commercial success with her Lost River Series of paintings begun in 1981. She plays down her early success, suggesting that much of the attention she received was due to her name. “People thought I was a guy,” she told an audience at a walk-through in the gallery. Her awareness of the limits facing women artists in the 80s led her to be careful about releasing her biography, something more easily done in those pre-Wikipedia days. “I kept secret that I had three kids,” she said, “I kept secret that I was a woman.” Mackenzie hasn’t had to keep that particular secret for a long while, having built a career as one of Canada’s most acclaimed painters and educators over the last 40 years.

Parallel Journey, however, does not feature any of the large- scale paintings for which Mackenzie is justly renowned. Instead it features her early printmaking and later watercolours and drawings, with a significant gap in the middle of the works on paper done concurrent with her “new image” painting of the 1980s, and her large-scale mapping series of the 1990s. The show suffers somewhat for these omissions, as a few paintings would likely have been useful for local viewers who may have been less familiar with Mackenzie’s work than those  in her home province where this exhibition originated, and the retrospective aspect of this exhibition—the prints from the 1970s and her early “folding paintings” from the late 1970s seem somewhat orphaned by the missing work of the decade and half that preceded the next body of work on view, watercolours from the mid-90s. 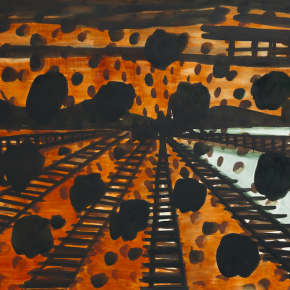 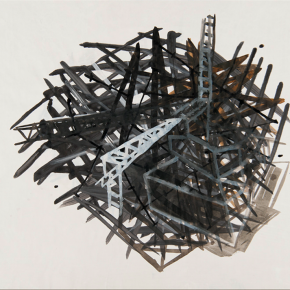 However, the strength and vitality of these works, in particular the works from two residencies in Berlin and her Parisian mapping series, more than make up for any chronological broken links. These three bodies of work each have distinct subject matter—the earlier Berlin work concentrates on architectural details such as stairways, fire escapes, ladders and other constructed elements that she re-constructs as abstracted forms; the Parisian work, completed while in residence at the Canada Council Paris studio, focuses on maps as the subject matter, taking a bird’s eye view of the cartography of the city; and finally another series from Berlin, works based on the train yards surrounding the studio building, and the buried history of how the train system was used to furtively transport Berlin’s Jewish population east to concentration camps, in an operation of misdirection and misinformation called the “evacuations to the West.” She worked with local historians and retired railroad employees, to learn more about this horrific chapter of the Holocaust, creating a powerful, stand-alone series of watercolours, that, in her words, “spread the weight of this story over fifty works.”

The works in Parallel Journey are not studies for larger paintings; many were not conceived as works to be exhibited at all. Mackenzie paints and draws every day—it is part of her process. They share with her paintings a lack of advance planning. Instead, she begins to work and allows the process to channel her thoughts and responses to places and ideas. As such, the drawings may act as a way of getting those thoughts and ideas out initially, a way of expressing things without the pressure and scale of large surfaces and more time-consuming materials. The drawings are also so immediate that they finish quickly, their materials resist over- working, another important factor for an artist who admits to continually re-working paintings.

In her artist’s talk she quoted one of her teachers in Montreal, Guido Molinari, stressing that anyone can start a great painting but hardly anyone can finish one. In this show, this parallel journey, we are seeing the way that Mackenzie teaches herself to see, and to see when something is finished—because, she says, “finishing is recognizing—you recognize something that doesn’t exist yet in the world.”