Songlines’ resident artist explores an intimate relationship with the ocean 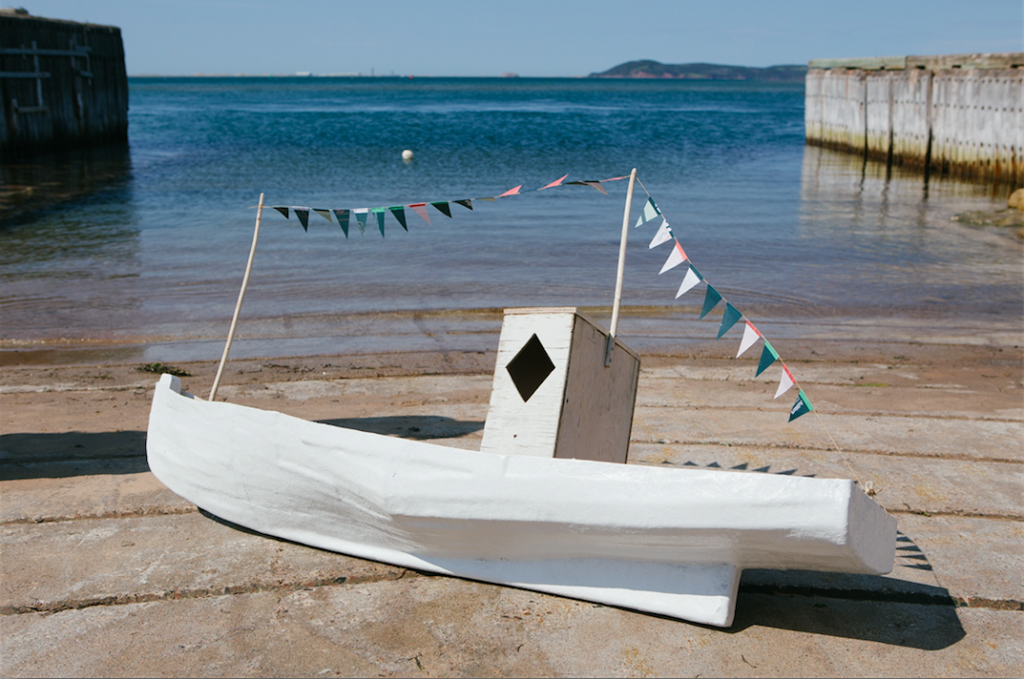 Christopher Boyne’s practice often revolves around maritime life and the sea. Born and raised on the east coast of Nova Scotia, his relationship with the ocean is intimate. His father was a fisher and his childhood memories often include playing on eastern shores.

Memory, found objects and fictional stories drive his research and studio process. The objects that Christopher makes are generally simple in form. Echoes of objects once seen and known. The Boats, water, the shore, the waves, the boats — often these characters resonate between life and art, the ‘non-art’ conversation and the isolated discourses of the gallery. The final iterations of his research often result in a clean, slick aesthetic which lends itself well to the white cube. However could it survive the messy, quite ephemeral process of the Songlines residency in the Magdalen Islands?

The Songlines residency indeed challenged his studio process and comfortable aesthetic. He set out to increase the scale of his built object, working from sea wood found on the shores of the Magdalen Islands and directed by local boat building knowledge and culture. These elements interrupted the amount of control Christopher was used to in his studio. Generally working from his own memory or the memories of family and close friends, the knowledge he collected during this residency was new, slightly foreign, and the materials were messy. 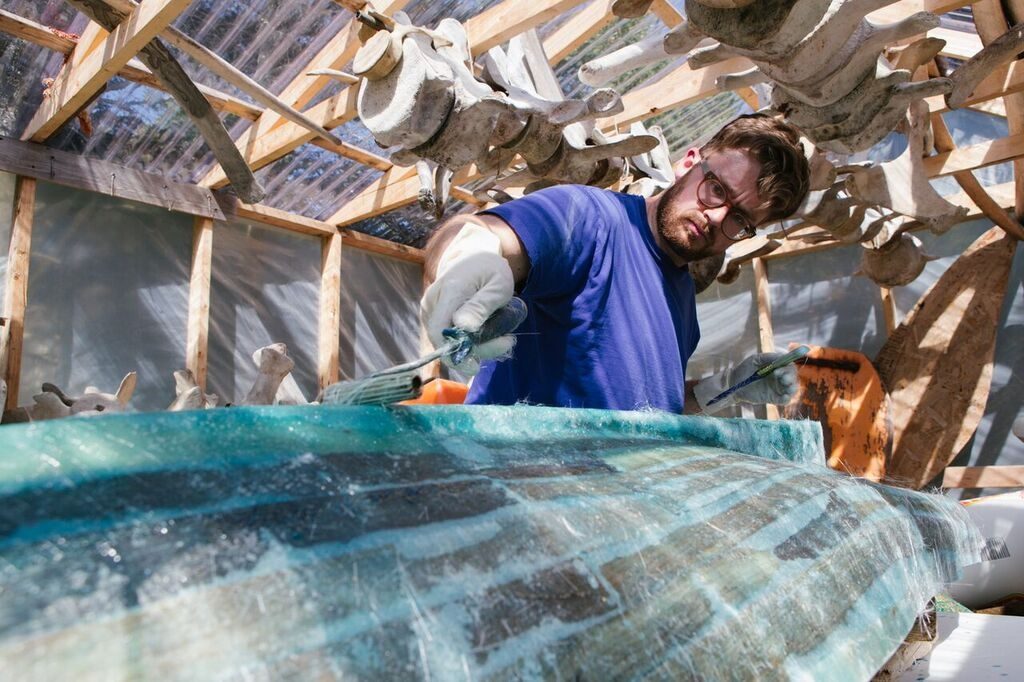 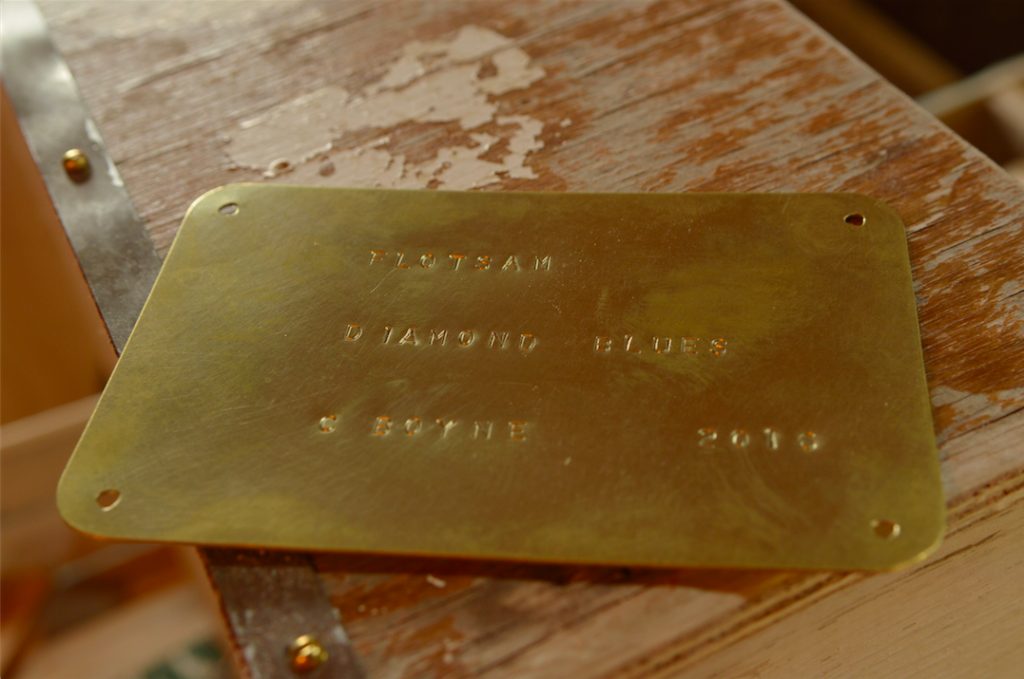 Yet, perhaps the aesthetic of the final object wasn’t as important as originally thought. Even though I found the model boat to be quite compelling, I feel the project wasn’t necessarily about the model. It felt to me as though Boyne was building the model fishing boat as a way to engage in the action of the artist residency. To challenge his technical skills and keep his hands working which, is the expected activity during a residency. I wonder if making with one’s hand is still the expected work of an artist, in residency or not? Either way, Christopher did craft a beautiful model of a Magdalen Island fishing boat, built with guidance from local fishers and boat builders.

The project’s relationship to local labour and the ‘non-artist’ continues past the construction of the model, and to me, this is where the most interesting points of the project emerge. The plan for Boyne’s model boat is one of an unknown ending. It would be set adrift in the Atlantic Ocean, left to the fate of the sea.

The release of the boat would be performed by a ‘non-artist.’ A local fisher would take the model boat off the East coast of Grosse Isle and and release it to sea. The fisher would also be taking the final photographs of the boat before it was left alone in the middle of the ocean. An interesting point to note here is that the fisher, according to Christopher, wasn’t really interested in knowing why he was to perform the action he was just doing it because he was asked.

The actual story of the object after its release into the sea isn’t of great importance to Christopher Boyne. Rather, what is important to Boyne is the imagined reality of the abandoned ship, the performance and record of the action of the release, and finally the photographic object that will remain as the art object.

The compelling part of Boyne’s practice, during this residency and beyond, is his interest in engaging with or blurring the lines between ‘artist’ and ‘non artist’ actors, and notions of community collaboration. His finished works are beautiful, refined and compelling yet, there is something about the process of abandoning the art project into the hands of the ‘non-artist,’ whose actions bring the art object back from its secluded realm and carry it once again into the everyday gesture. I hope Christopher will continue to explore this element of his process and practice, as research into the ‘artist’ and ‘non-artist’ interaction is warranted.