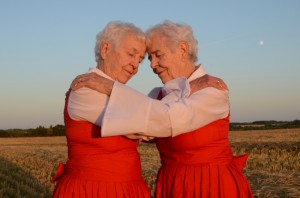 HALIFAX: The Outlier Film Festival lineup has been announced for November 27-29.  The festival brings “acclaimed, strange, and remarkable films” to Halifax from all over the world, like Wetlands and The Creeping Garden.  Check out the full lineup via The Coast.

NOVA SCOTIA/OTTAWA: The National Gallery of Canada is showcasing work by Sculptor Vanessa Paschakarnis (who splits her time between Nova Scotia and Italy) in their Shine a Light exhibition, highlighting recent acquisitions to the Gallery and showcasing over 80 works by 26 artists.

GREATER MONCTON: MP (Moncton-Riverview-Dieppe) Robert Goguen recently announced funding of $78,400 to six organizations in southeastern New Brunswick. Funding will be delivered over the next three years.

CHARLOTTEROWN: Artists such as Amalie Atkins, Graeme Patterson and Rilla Marshall’s works are on view at the Confederation Centre for their exhibition, Dreamland.

QUEBEC: The Globe and Mail features Quebec art collective BGL, who will represent Canada at the Venice Biennale.

CANADA-WIDE: New studies by Hill Strategies report that there are 136,600 artists in Canada who spent more time at their art than at any other occupation. The study found artists outnumber those in the automotive sector.

MONTREAL: Canadian Art reports that Montreal-born artist Jon Rafman is one of 20 artists internationally to have been shortlisted for the next Future Generation Art Prize.

ALBERTA: Vice interviews Canadian artist Peter von Tiesenhausen about how he managed to keep pipeline developers off his land for 17 years by claiming legal copyright over his land as a work of art.

A walk through Charlottetown's Art in the Open 2014 Previous post

A measure of disorder: Seripop's exploration of entropy Next post