I pulled up to the Grand Manan Island Art Gallery on my way to Deep Cove for another swim in the Bay of Fundy. I’ve braved the foot-numbing surf for the past two days, and my legs are itchy from yesterday’s salt.

Shutting off the tremulous twang of Wilf Carter on the car’s cassette stereo, there’s just the rustle of trees, crickets and light flapping of flags. Looking out from the steps of the gallery, the blue of the high tide around Castalia is so perfect it’s painful to remember once you’ve left it.

It’s late August, and I’m on my third annual retreat to Grand Manan for the Island Folk Festival. A highlight of my year.

I spent the afternoon the day before at a songwriter’s circle at the Sardine Museum & Herring Hall of Fame. Their voices echoed up the vaulting roof of the old smoking house like a school of ghosts from a million dried herring. Of course, only a visitor could see things so. Year-round life here is something else. Fog doesn’t come on little cat feet—it smothers in like an over-cologned man on a bus.

But what does the romantic visitor bring to such worlds? This is the question any artist tackles as soon as they attempt to aesthetically manifest the mundane. And it’s at the heart of Jaune Evans’ Collecting Fog and Peter Cunningham’s Dead Reckoning, which were on display from Aug. 18-29, 2012, at the gallery.

Evans first exhibited the show in 2011 at the Thoreau Centre in the Presido, in San Francisco, where she lives. With an international career in public health, fine art, literature, environmental protection and human rights, Evans’ attachment to Grand Manan is personal.

Evans’ ex-husband, Peter Cunningham, a leading New York City- based photographer, is the son of the man known as The Fog Seeker, Bob Cunningham. A cloud physicist born in Cambridge, Mass., in 1919, Bob began taking twice-daily weather observations when he was 10. In high school, he spent his first summer at Bowdoin Kent Island Scientific Station, nine kilometres south of Grand Manan.

He spent nearly every summer for the next 60 years visiting the islands, Peter and family in tow, collecting fog in jars and keeping his observations. His island was one of keen scientific rigour, daily measurements meticulously kept on charted paper.

A reporter with The Boston Globe in 2001 asked Bob if he had found anything stunning about fog in his six decades of study. Bob smiled and replied, “not really.”

Following Bob’s death in 2008, Evans put together Collecting Fog, an exhibit alternating between 18 photographs by Evans and text about Bob, his studies and the Island’s fog. Bob may not have found anything stunning about fog, but there is plenty stunning about him. Evans’ work parts the fog of time to reveal his incredible adventure, while preserving it like all those jars of fog Bob kept in his cellar.

But this is also a man who flew the world over in a giant C-130 military transport aircraft doing basic and applied research in cloud physics and radar propagation. It is impossible to capture such grandiose vitality. Like fog, it can be bottled, but those drops of water couldn’t be mistaken for the real thing.

And so it is with Collecting Fog and Peter Cunningham’s Dead Reckoning, Stories From Grand Manan, a series of photographs and reflections of the island by Peter and collected in a book of the same name. Both artists grapple with the same problem, like Peter Pan chasing his shadow. And each succeeds not because their representations encapsulate the ephemeral every day, but—like the wisdom of Collecting Fog’s epigraph imparts, “From wonder into wonder, existence opens (Lao Tzu)”—because each of their attempts, which is really what was on display in the shows, indeed does just that.

So, within a week of returning back to the mainland, I bought my first can of sardines. I couldn’t look at what I was eating, but I ate every bite, trying to forget the tiny bones, letting the greasy oil sop my fingers and roll down my chin, embracing the wonder of existence. 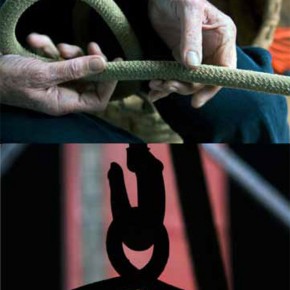 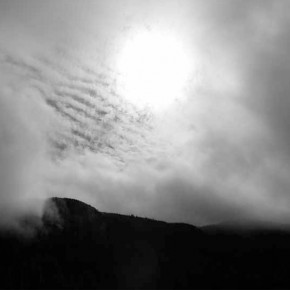 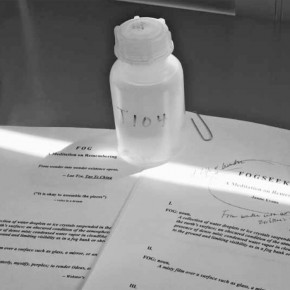 From Melbourne to the Bay of Fundy Next post

Mike Landry lives in Saint John, New Brunswick, where he is Arts & Culture Editor of the Telegraph-Journal. He may be reached at s.mikelandry@gmail.com.