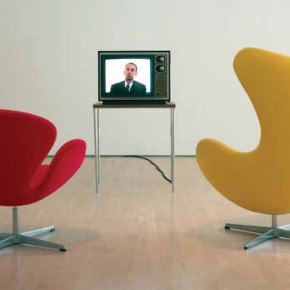 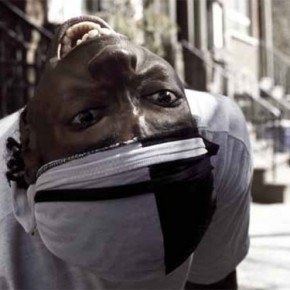 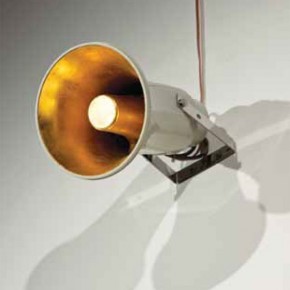 Escaping the hubbub of Dalhousie Graduation mayhem, I entered the Dalhousie Art Gallery and felt an eerie calm. There was a dark sparseness to the space: black walls, limited light and silence. Well not complete silence—after all I was there to listen to the Sounding Selves exhibit. Curated by The National Gallery of Canada’s Heather Anderson, Sounding Selves is a compendium of sound experiences provided by five internationally acclaimed artists and housed in the discrete nooks of the gallery.

In curating a show of sounds, Anderson had the double task of curating silence as well. “I didn’t want to create spaces that were too isolated,” she tells me. “I also kind of like the way you hear murmurs of the other works, so they can have a conversation together in that way.” It’s true, once enveloped in the gallery’s barren fullness, I did start to hear the low rumbles of sounds in hidden spaces. The sense was that these sounds were alone together.

From Czech artist Jana Sterbak’s stuttering Declaration to Benny Nemerofsky Ramsay’s intermittent Return, each soundscape invites the listener to contemplate the influence of the sonic on our perception of and interactions with the world. Sterbak’s piece, as well as that of Berlin-based artist Anri Sala, does this by acknowledging the linguistic realities of sound. Sterbak depicts the individuality of the language act with her video of a man stuttering the International Declaration of Human Rights, contrasting his individual impediment with the universal language of law. With Lak Kat, Sala explores the use of linguistic repetition as a means for teaching not only language but the classifications associated with any given language. He illuminates the colour distinctions in Woolof, a language touched by French colonialism in Senegal, where most words for colours borrow from French, except for those referring to white and black.

Other works configure sound beyond its use in language. Ramsay questions the implication of the gendering of pitch. He cleverly contrasts the mythology of the chaotic female energy of the Sirens with the emergency siren call of 13-year-old boy. The result is a potent criticism of the socially constructed ideas of what sound means.

Antonia Hirsch recedes from the sonic in order to illuminate it. Her piece Tacet (Anthems of the Member Nations of the North American Free Trade Agreement: Canada, United States of America, Mexican United States) (2005) confronts us with our inner sounds. The video installation shows the three conductors of these anthems experiencing the music in their heads. They silently live out the full orchestral thrust of these national sounds.

I ended my stroll through Sounding Selves in the space inhabited by Jani Ruscica’s Batbox/Beatbox. Here two videos face each other on opposing walls. One video documents the inaudible sounds of bats, those nocturnal flyers who use echolocation to understand their environments. This concept is extended on the opposite wall, where a young spoken word artist in New York rhythmically enunciates how she hears her city. She breaks down how she echolocates herself. She understands herself through the sounds of her city. She sounds herself.

On the opening night of this exhibit, Halifax based sonic artist Lukas Pearse and musician Geordie Haley performed an inverted interpretation of a musical score inspired by the improvisation of beatboxers interpreting the sounds of greater horseshoe bats. The score sits silently on music stands outside of the Batbox/Beatbox space. Its presence perfectly encapsulates the feeling of this exhibit: sound, layered with interpretation, mediated by human translation and documentation, known in its silence.

Veronica Simmonds is a word worker, information seeker and sound enthusiast currently cultivating curiosities in coastal Canada. Her work can be found in The Coast, Spacing Magazine, OpenFile, Poets and the News and on CKDU 88.1.