Michael Flaherty + the politics of making 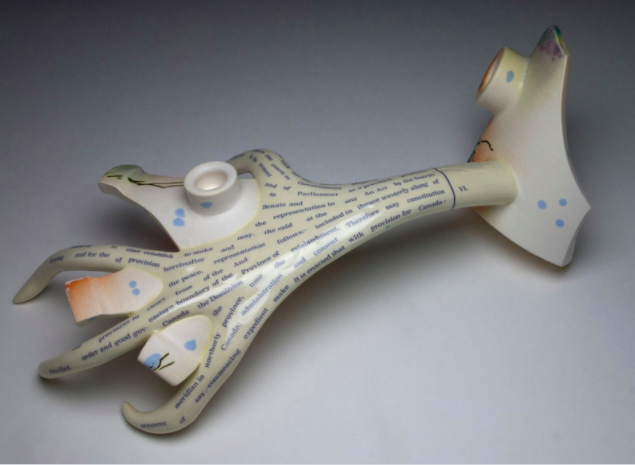 Mike Flaherty and I both studied at NSCAD at the same time, but I didn’t know him very well—he was a ceramics student who spent most of his time in the Morris Tea Building across the way on Hollis Street, and my area of focus was more on doing drugs and “subverting power structures.” My first real introduction to Michael Flaherty’s work came when I was Gallery Director of the now defunct RCA Visual artist-run centre in St. John’s Newfoundland. I had only been on the job a couple weeks, and Mike’s work was the first show programmed under my directorship. He was to ride his bike alone from Saskatoon, where he’d just completed his MFA, to St. John’s, where the culmination of his trip would result in a free bike repair shop in the gallery space. There was also a workshop in which Mike would teach basic bicycle maintenance. I was confused—where were the pots? I sat down to have a word with him about his practice. 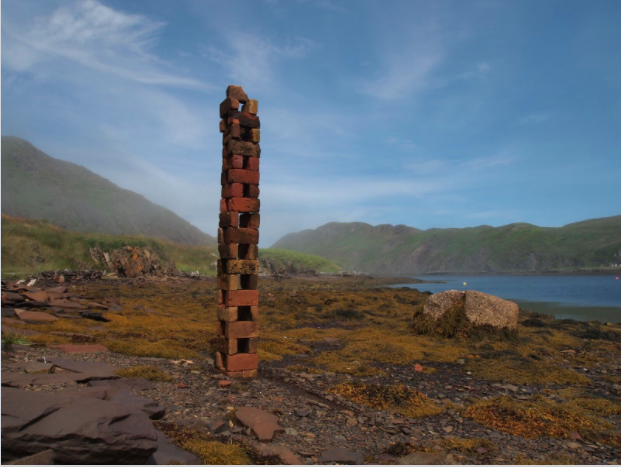 CRAIG FRANCIS POWER: You’re a ceramist, but your practice also borrows from certain histories of conceptual and performance art. Your bike trip and your Grey Islands works were durational and performative. And they sort of draw on the notion of the artist as a loner and survivalist.

MICHAEL FLAHERTY: My interpretation of art history is that craft is conceptual art. Craft was a whole new field invented by certain artists as a reaction to the industrial revolution. These artists claimed the industries that were earliest and most profoundly transformed by mechanization (pottery, textiles), began making those things by hand as a form of activism, and used the word “craft” as an umbrella term for them because in that era “craft” had strong political and intellectual overtones.

Yes, my practice is diverse within certain constraints. I’d say that I’ve made some very arbitrary boundaries for myself, and that I try to be as exploratory within those boundaries as I can. I enjoy working within these arbitrary limitations—I think that it provides a framework that augments my creativity, and importantly sets up a system that can then be adhered to, altered, or transgressed.

I’m having trouble articulating here, and you’re not the first person to bring this up, so I will have to think more about it and try to write something more coherent.

POWER: How does that tie in with your pottery, or does it?

FLAHERTY: I think this connection is pretty clear: I’ve chosen to do something very challenging in the middle of nowhere, with no art/ craft community around me, in a province with a totally failing economy and government [Flaherty lives in Catalina, Newfoundland]. It’s another adventure, another challenge, just of a very different nature. I’m also creating a job for myself, and since I’m creating it and can make it anything I want, I’ve made it so I can work with my hands, work outdoors all seasons of the year, earn money by cutting wood, having fires, digging dirt, staying up all night, collecting seashells and seaweed, etc.—it’s kind of a roundabout way that I’ve ended up being a potter, but I had to be a performance/ installation/earth artist before I could get here.

POWER: It seems like you’ve continued to experiment with DIY technology—the solar powered kiln for example—which also seems somewhat performative. Care to comment on the impetus behind this?

FLAHERTY: Not that pottery isn’t challenging or interesting, but I account for this just by my intellectual curiosity. I have a lot of interests and want to pursue them all. I should also say that it’s more than just intellectual—it’s social. I want to be around people who are also making these kinds of investigations and doing these types of projects. 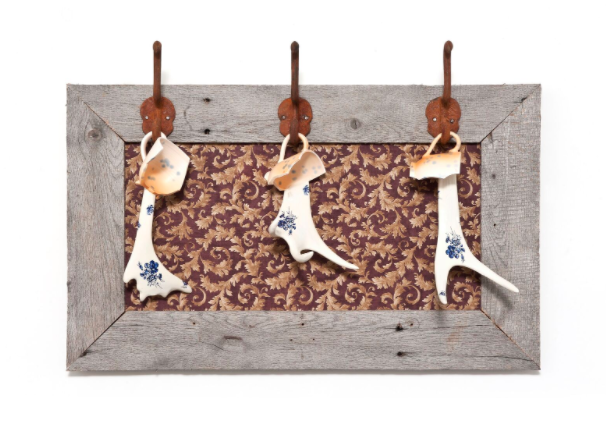 POWER: I’m also interested to hear you say a few words about the ceramic antlers and their relation to ceramic history and conceptual practice.

FLAHERTY: I guess what connects the antlers to history are the formal elements—colour palettes, material choices, etc.—that are more a result of the artifacts that I’m emulating than an artistic or aesthetic choice. But in contemporary ceramic art practice there is a tremendous amount of reference to, for example, the blue and white historical wares that I also reference. I think that sort of pastiche connects those sculptures really strongly to contemporary ceramic art and historical industrial ceramics.

POWER: There also seems to be an ongoing interest with the environment, both as a source of inspiration and in the face of climate change.

FLAHERTY: Yeah, about the politics. I’ve been writing letters to my representatives these past couple years. Now that I live here I actually feel invested enough to do that. The solar kiln project definitely has political commentary attached to it, and I’ve just gotten hold of some clay from Muskrat Falls [a site that the Innu Nation of Labrador signed over to provincial energy corporation Nalcor Energy to build a hydroelectric dam] that I’m going to fire in the solar kiln. That’s obviously a very politically ripe opportunity I have there.

POWER: Can you tell me a bit more the Muskrat Falls work?

FLAHERTY: Newfoundland’s energy problems and political failures are probably not that unique. I think some of the perspectives in my solar kiln piece are about my experience and reaction to Muskrat, but they are universal and transferable to many people’s experience in other parts of the world. I try to not be too regionalized in my work (as you can tell from my attempt to exclude stereotypical Newfoundland imagery in my pottery).

The idea was that it was my reaction to a political situation. And specifically, about my future use of Muskrat clay in the solar kiln, there are lots of ways that could go. First there’s the issue of the north spur of the dam, which is built on clay and is an engineering nightmare which could collapse. Then there is the fact that it is literally earth from Muskrat Falls that I am literally transforming, as the land surrounding Muskrat falls itself is being irreversibly transformed. I like to think that my transformation may be a positive alternate reality to the dam-making and tree-cutting. 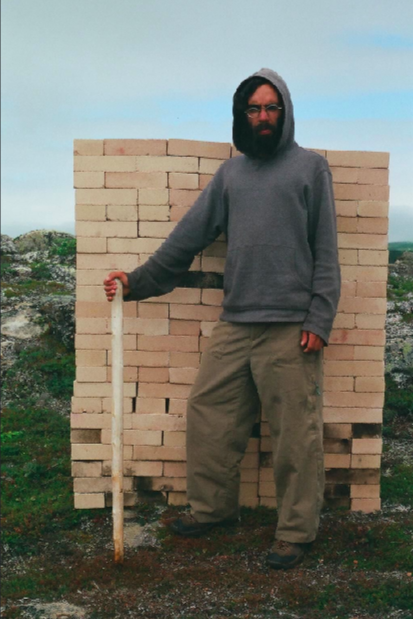 Portrait of Michael Flaherty. Courtesy of the artist