The impact of the Identify Festival 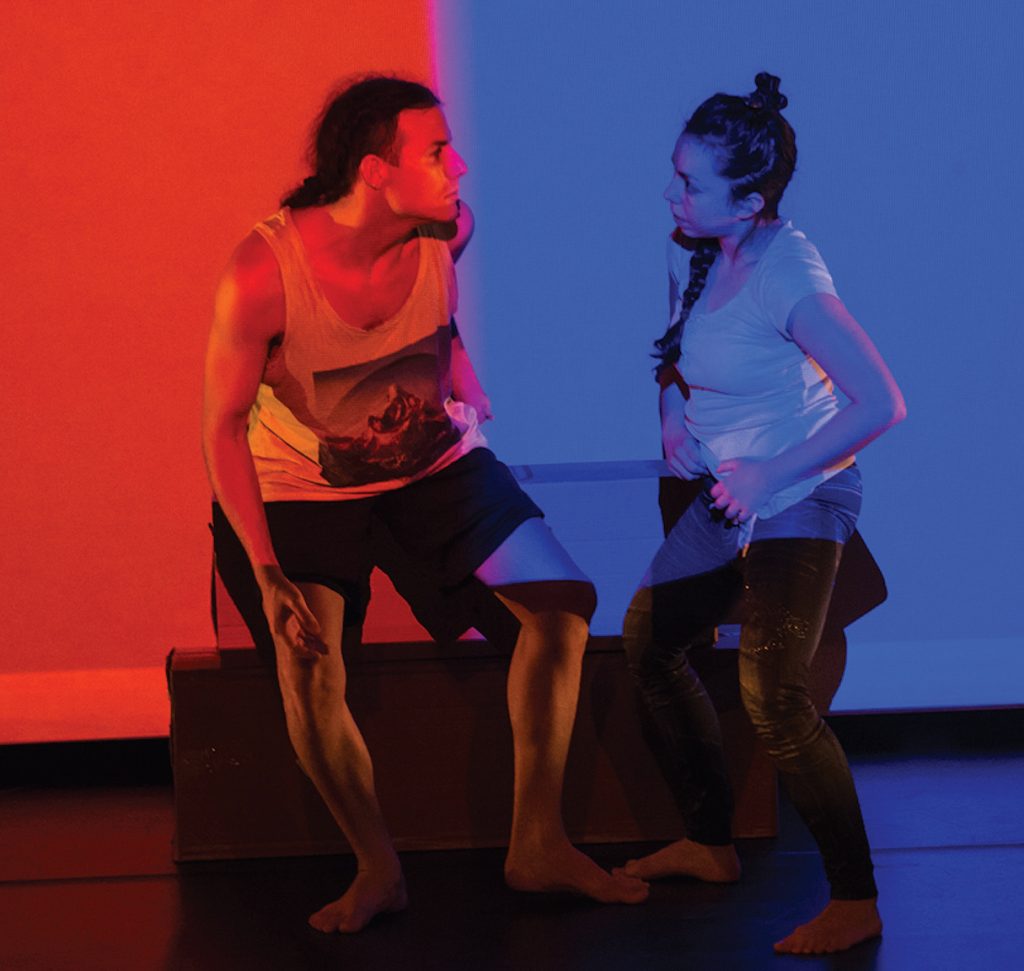 To “identify” is to name something and render it visible, even if it may have been present all along. Organized by Eastern Edge Gallery, the Identify festival facilitates the gathering and sharing of traditional and contemporary artistic and cultural practices of Indigenous peoples in Newfoundland and Labrador including Mi’kmaq, Inuit, Innu, Southern Inuit of Nunatukavut and Beothuk. The Gallery describes it as a “platform for Indigenous-led conversations on self-identity, self-rediscovery and celebration of Indigenous cultures of Newfoundland and Labrador”—and it’s more than a year-long process (running from September 2017- December 2018).

Why does Eastern Edge use the term “self-rediscovery”? The answer is rooted in a complex settler-biased history that has, until recently, emphasized distance and loss when discussing Indigenous peoples. Many examples can be cited. Among them, a widely held and historically convenient belief that all Beothuk were decimated due to colonial intervention—a stance that negates many who identify now as having Beothuk ancestry. In Labrador, the people of Nunatsiavut and Nunavik (one-third of Canada’s Inuit population) were excluded from the Federal Government’s Northern Strategy in 2004, which outlined initiatives for economic development and northern sovereignty. Residential-school survivors in Labrador were also excluded from compensation provided to survivors elsewhere. In residential schools throughout the province, many Indigenous children were taught to be ashamed of their heritage.

This history is now changing as more people reclaim and celebrate their Indigeneity. With the recent establishment of the Qalipu (Mi’kmaq) nation, approximately one-fifth of Newfoundland and Labrador’s population fit the criteria for membership. So many people applied, that the Federal Government began to deny status to many people who identified as Indigenous, and revisited the terms of acceptance. In Labrador, there was only recent acknowledgement of many Labrador Indigenous groups as having status on a Federal level. To “re-discover” is to shine light upon what has always existed, while also defining its terms from within the communities themselves.

Identify launched with an exhibition titled The Lay of the Land, featuring work by Logan MacDonald, followed by Pejipuk: the winter is coming by Meagan Musseau. Both artists spoke from a position of rediscovering and redefining their Indigenous heritage, and approaching larger histories from a personal perspective while exploring key notions of memory and reactivation. 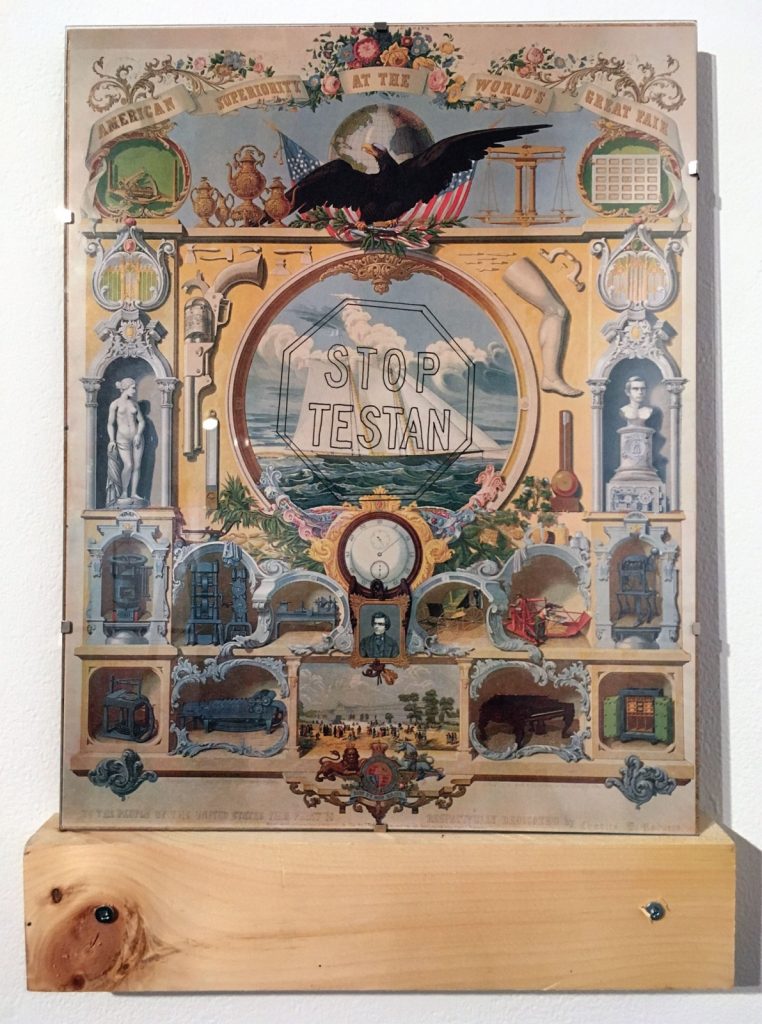 The act of recovery was made plain through a powerful exhibition titled RECLAMATION by Mi’kmaq curator and artist Jerry Evans, who placed Indigenous artists from throughout the province in the Lieutenant Governor’s residence. A teepee was also constructed on the lawn of the residence by the St. John’s Native Friendship Centre—a significant and impactful gesture of presence and gathering. At Eastern Edge Gallery that same week, Mi’kmaq musician Joanna Barker’s curatorial debut, tet; mâni; ute|here, brought together two artists who turned their attention to everyday life in Newfoundland and Labrador. John Jeddore recorded scenes from everyday life in Miawpukek First Nation (Conne River, NL), while Melissa Tremblett passed her camera to children in her community of Sheshatshui (Labrador). Each child’s perspective was gathered in a hand-bound book with their name, and accompanied by Labrador tea dolls made by different generations.

As a curator at the provincial institution and a person of settler origin, I was humbled by the care and attention given by all involved. In particular, I was reminded of the value of sharing stories in a safe space (and the importance of listening when these stories are told). It was a lesson reinforced as Mi’kmaq artist Jordan Bennett painted his mural at the Rawlin’s Cross intersection in St. John’s. His imagery draws from Shanawdithit drawings held in The Rooms’ collections, Mi’kmaq and Beothuk canoe and paddle designs, and motifs from quill basketry. The site for the mural became a gathering space as other artists helped paint while members of the community dropped by. It remains a record of that time, in addition to altering the tone of the intersection for passersby.

A mural may last decades, but what is the lifespan of a voice? With this festival, each voice resonated. The powerful performance of NDN Way, by Brian Solomon and Mariana Medellin-Meinke, combined songs and imagery from contemporary popular culture with a voiceover by Cree storyteller Ron Evans that described Indigenous knowledge. The final event of the week celebrated throat singing by Jennie Williams and Tabitha Blake, and a performance by the all-women drum group Eastern Owl, who blend contemporary and traditional compositions. 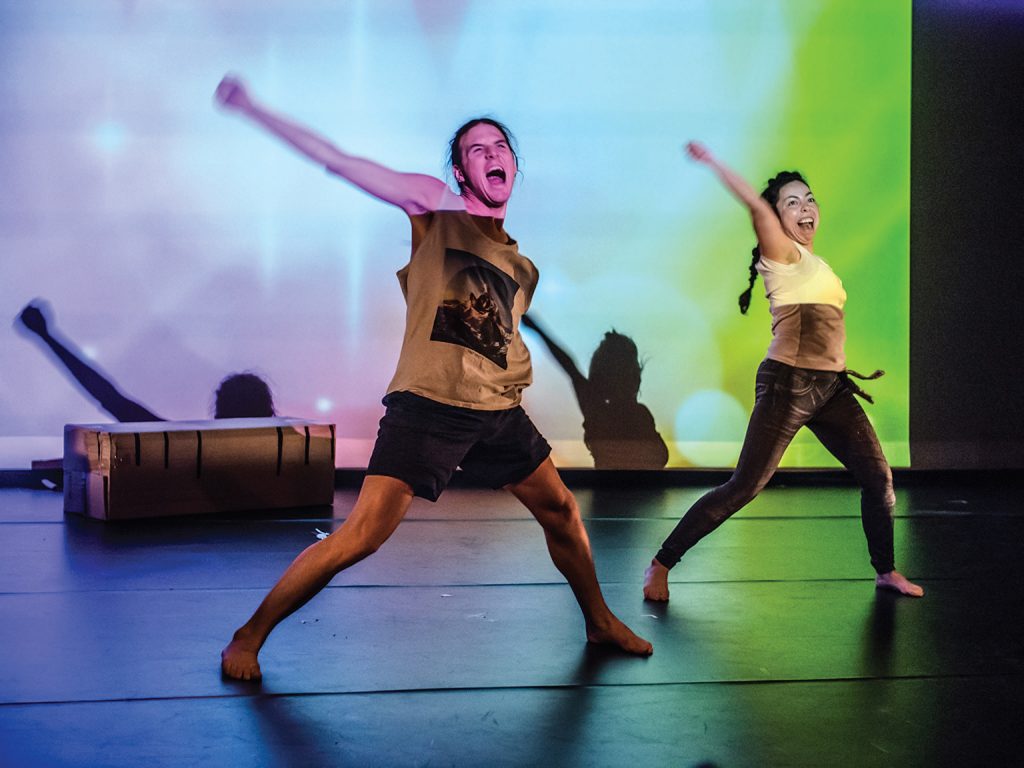 As they introduced each song, Jennie William’s baby could be heard backstage. The baby’s coos had permeated every event. Baby sounds would punctuate speeches mid-sentence, halt panel discussions in acknowledgement of her presence, and even sing along with her mother. At each event, she was passed lovingly and carefully from person to person, and kissed gently if she cried.

Mireille Eagan is a curator based in St. John’s, NL.